You’ve heard of 7 Up fizzy lemonade, now it’s the turn of 7-Up online slot to fizz things up around here. A pleasingly simple game to play, NYX’s online slot provides you with a plethora of ripe, juicy and succulent fruits. Line these up on the paylines and you could well be onto a winner here. Fruittastic! 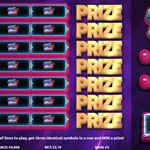 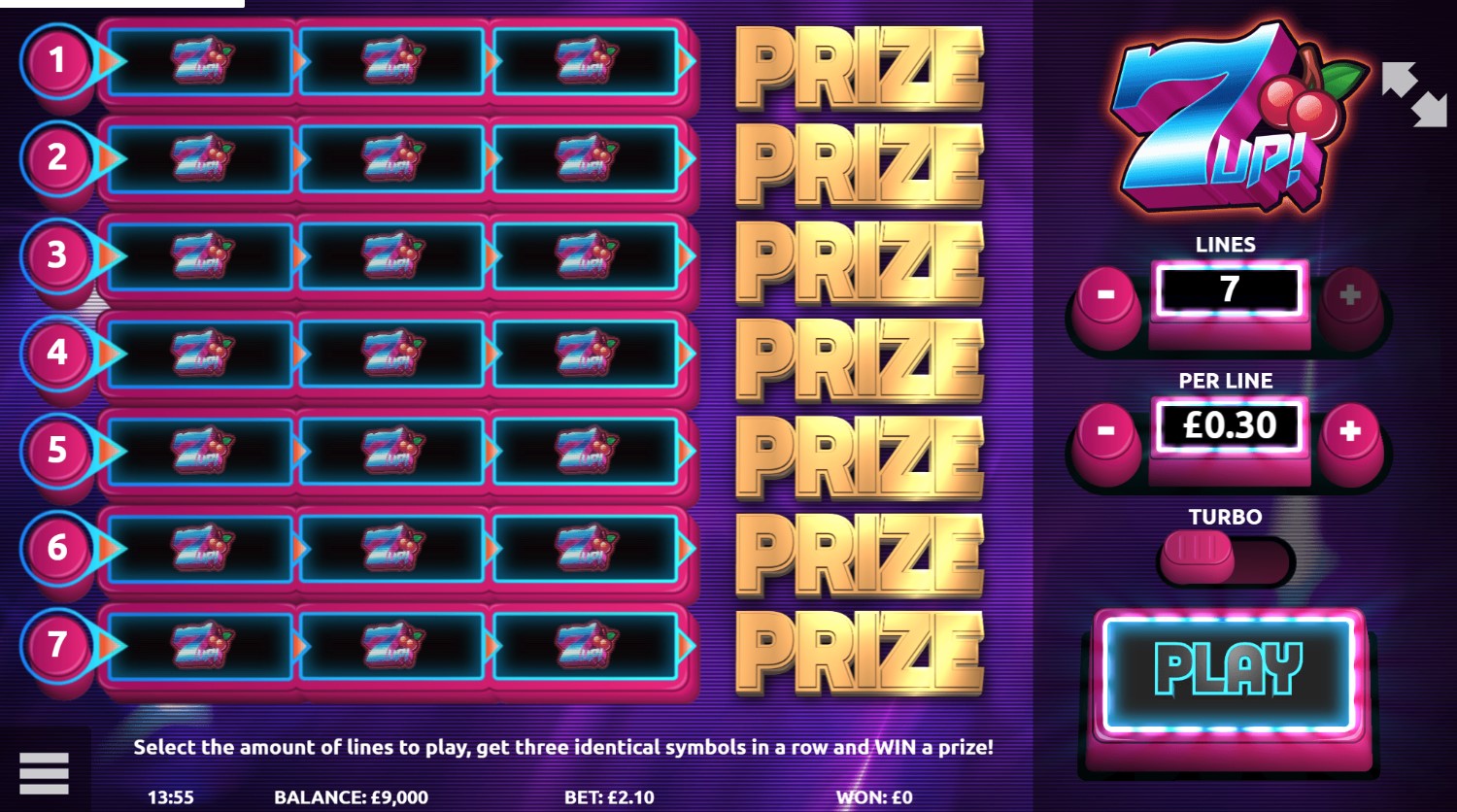 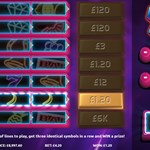 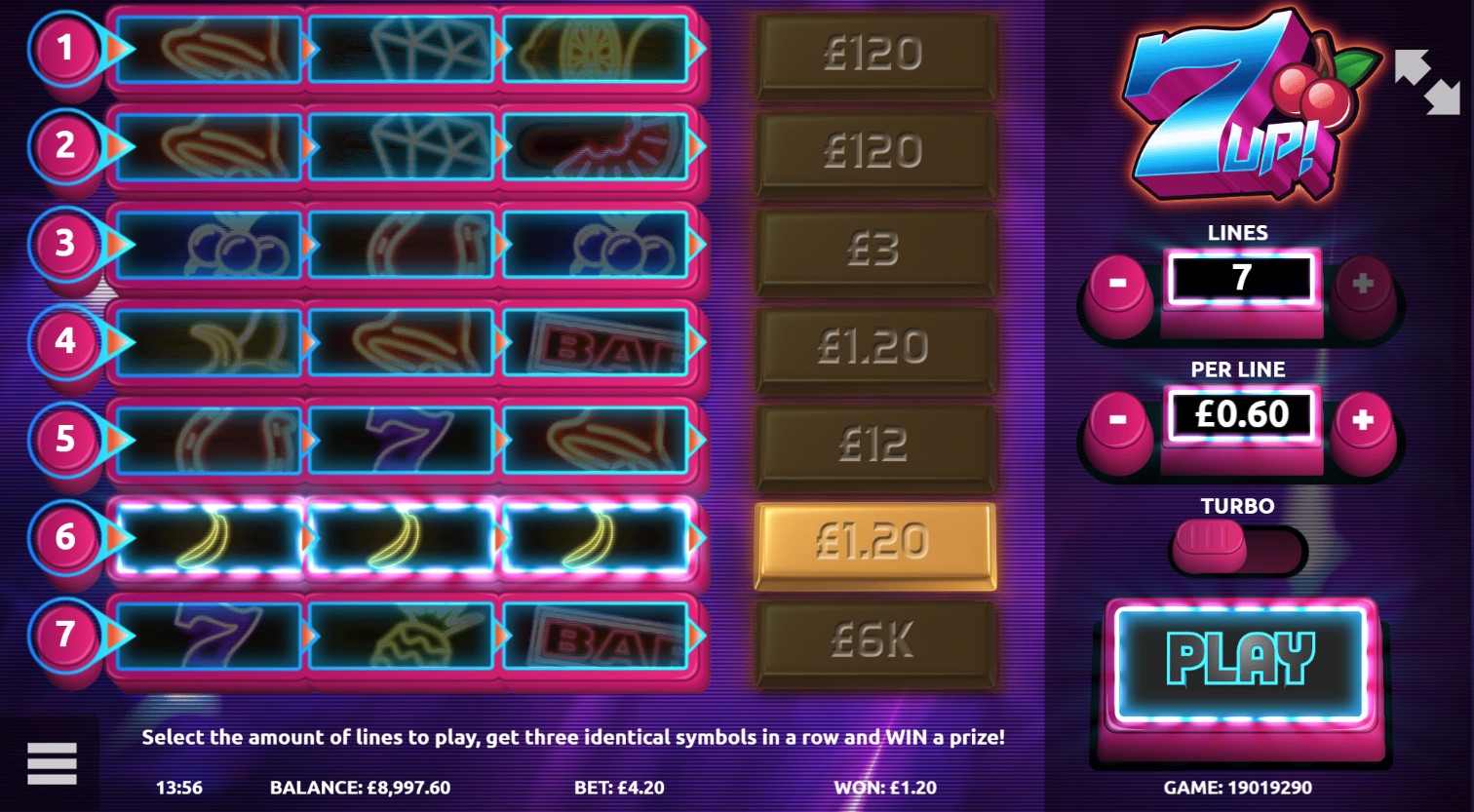 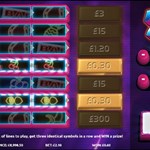 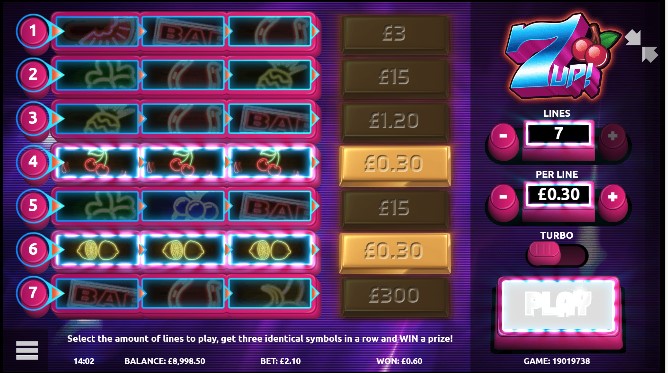 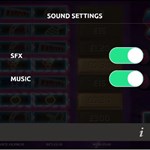 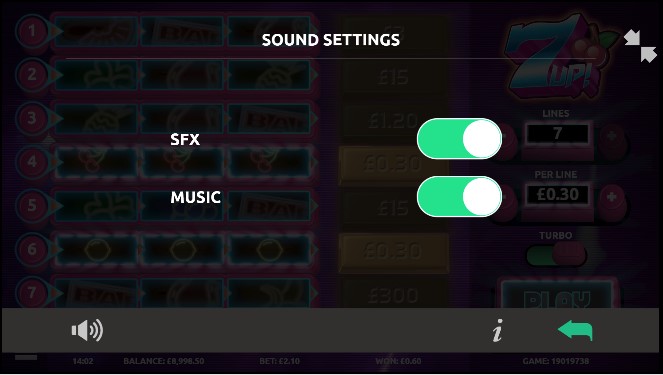 Can you sort your cherries from your watermelons?

Why You Should Play 7-Up

One of the simplest games out there to play on both mobile and desktop, NYX’s 7-Up has three reels and seven paylines (hence the game’s name). Land three of the same symbols on one of the paylines to win a prize – this fruit machine couldn’t be easier to pick up and play! 7-Up’s simplicity is undoubtedly the game’s USP, but it could be too basic and straightforward for some, with no Wild or Scatter symbols in sight.

However, the game has a simple design, with the payline values and menu selection alongside the jazzy reels. There’s a slightly retro, classical arcade feel to this game - alongside an upbeat, funky soundtrack -- which will appeal to old timers as well as new hands. The fruit-heavy icons are bright and colourful, ranging from cherries and watermelons to pineapples and bananas. And if you were wondering, yes, this succulent selection of ripened fruit could maybe count towards one of your five-a-day.

Change the number of Lines and Bet per line you wish to play with using the relevant ‘+’ and ‘-‘ arrows, pressing ‘PLAY’ to begin. The ‘TURBO’ button will complete the spin in quick time. Tap the menu button in the bottom left-hand corner to view more information and details about the game.

The bonus game will automatically begin if you’re lucky enough to land three of the same symbols on one payline. You’ll have seven chances to find a x7 multiplier which, if found, you can use to boost your winnings.