There’s a well-drilled mining production line in the heart of the forest, flanked by an idyllic cottage, forest greenery and a free-flowing water wheel. Venture deep inside the mines and uncover some untold riches in this fast-paced, all-action outdoor adventure. 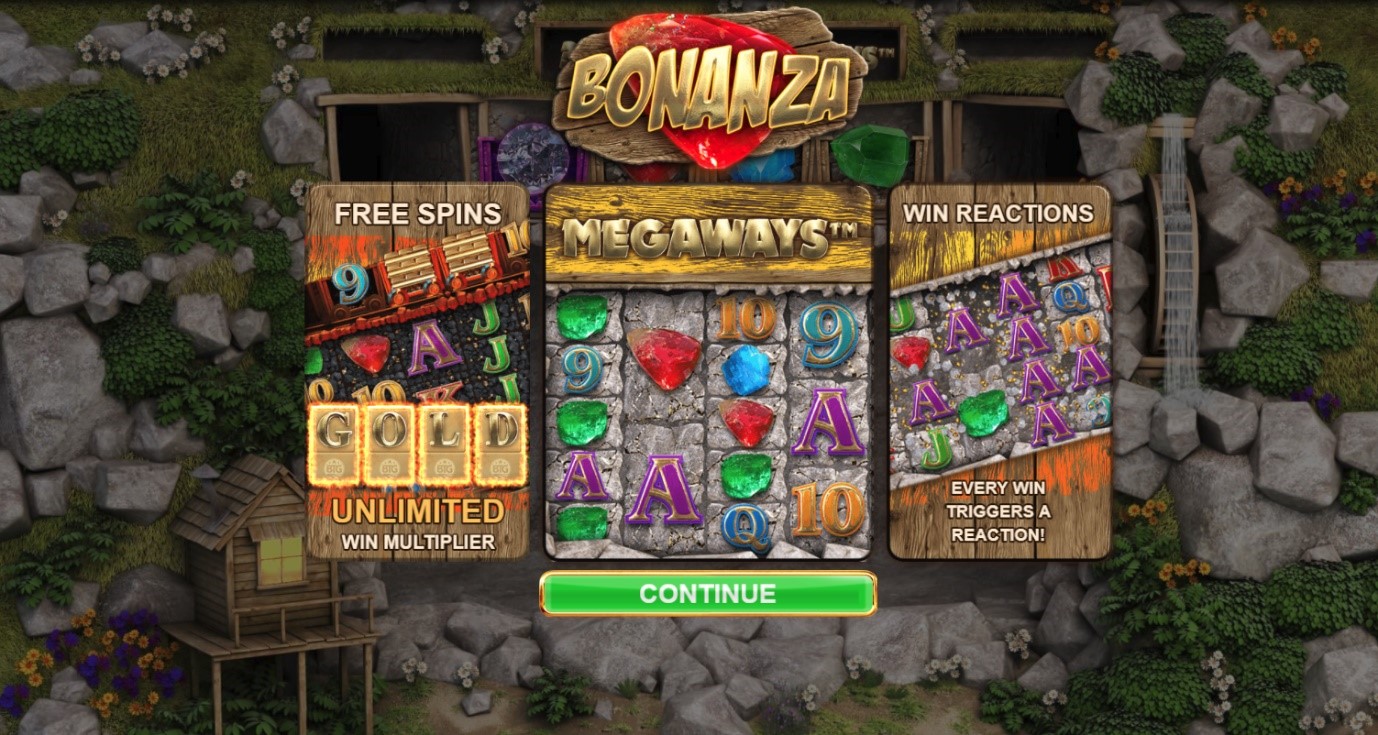 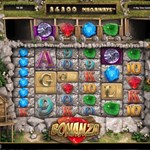 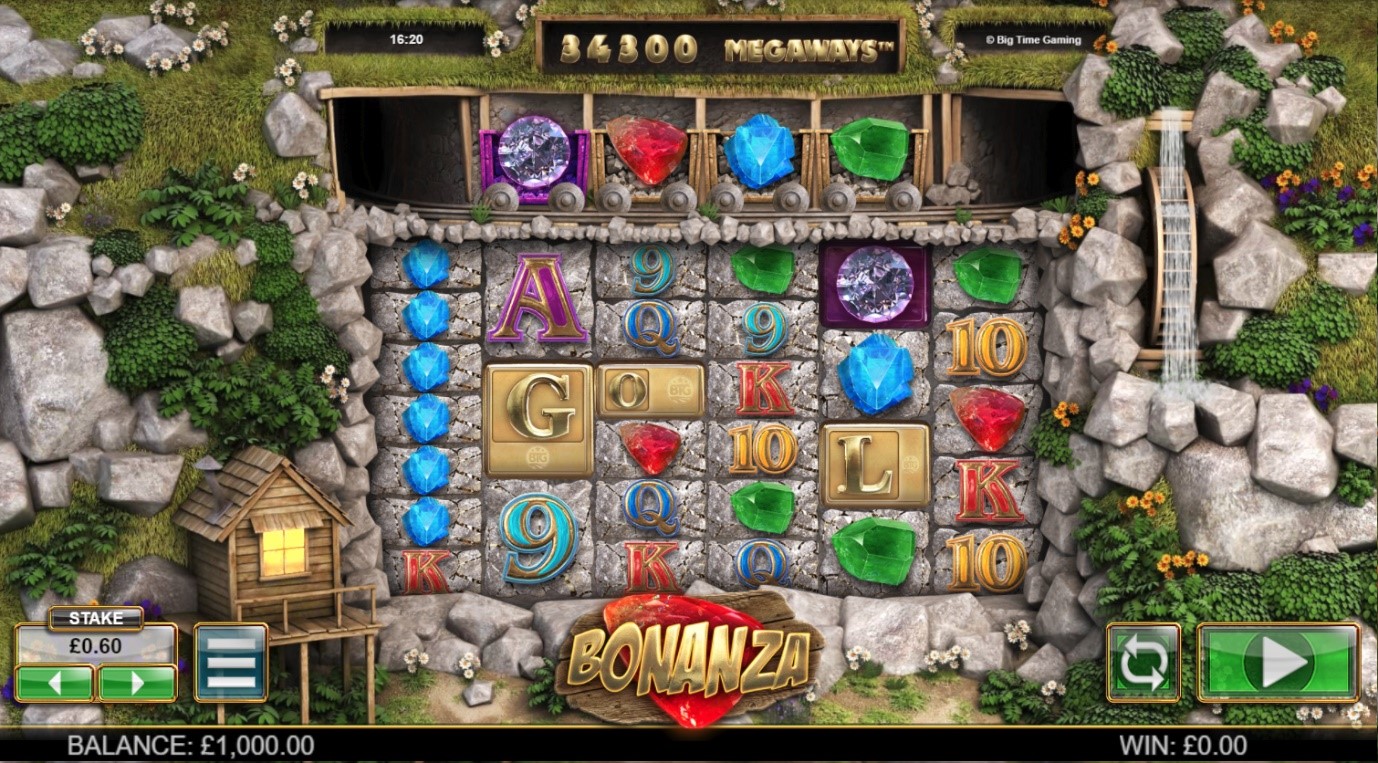 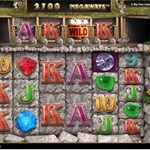 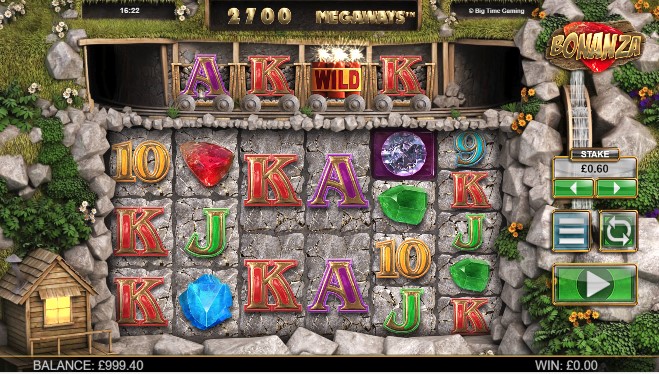 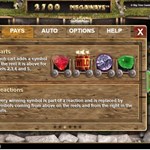 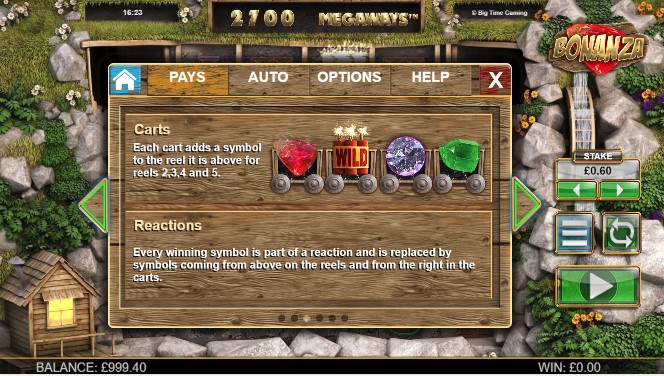 Venture deep into the mines to dig up some unfound treasures

Why You Should Play Bonzana

Big Time Gaming really have gone big with Bonanza, on both mobile and desktop. There’s some stunning graphics and incredible 3D animations here alongside six reels and an abundance of features. Some people may be slightly put off by the amount going on, but this game really does possess bucket-loads of beauties just waiting to be discovered and dug up. The music and sound effects can get slightly annoying after a while, but with a jaw-dropping 117,648 ways to win, it’s well worth one day of back-breaking graft on these mines.

Just adjust your stake using the two white and green arrows, and press the Spin or Autoplay button to get going. The Menu button contains more details about symbols, autoplay features and more.

The Wild symbol is three ominous-looking sticks of dynamite with ‘WILD’ written across it, ready to go off at any second from the carts and create an almighty bang. It can substitute for all other symbols on the reels apart from the Scatters, and can really help you generate some potential big wins.

Bonanza has four Scatter symbols – ‘G’, ‘O’, ‘L’ and ‘D’ – which spell ‘GOLD’ and can be used to trigger the lucrative Free Spins bonus. They can appear anywhere on the reels.

Free Spins are launched when four Scatter symbols land on the reels to spell out ‘GOLD’, immediately rewarding you with twelve free spins deep underground in the mine. There are an unlimited amount of multipliers to look out for as well, increasing by one every time you blow up a part of the mine! You’ll also receive an additional five free spins if three Scatters come up, and ten extra free spins if four appear.

There are individual carts above the four central reels, dropping new symbols onto the reels, replacing any winning symbols that have been part of a winning payline. Four new carts appear for every spin.