Turning Totems drops you into a sun-baked wasteland where only cacti can grow and war-painted Native Americans patrol the cliff edges. With gorgeous graphics, exciting features and turning reels, can you find the oasis of a big win in the middle of the desert? 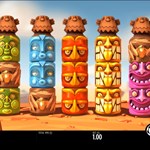 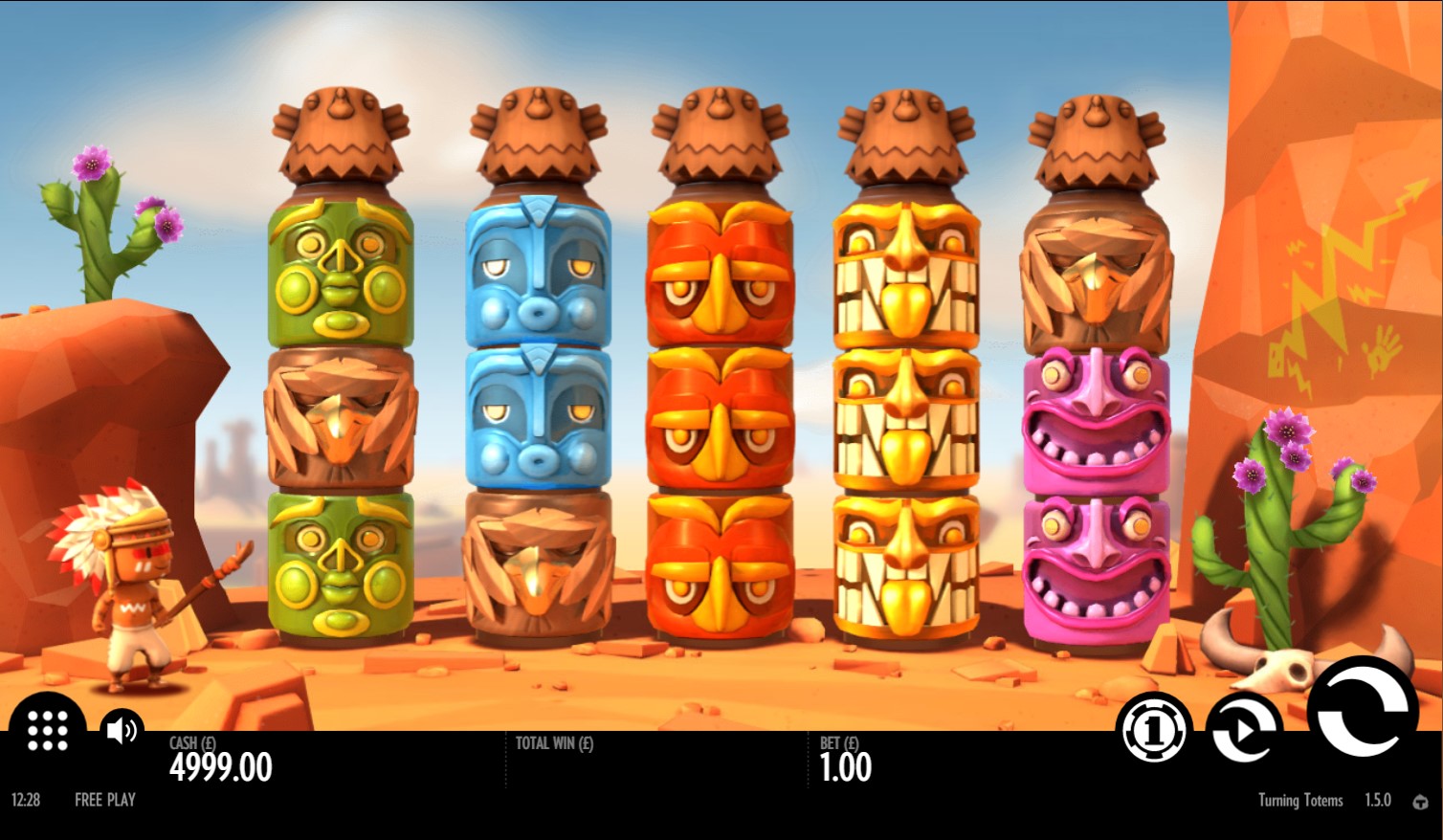 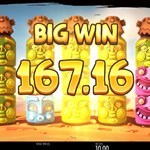 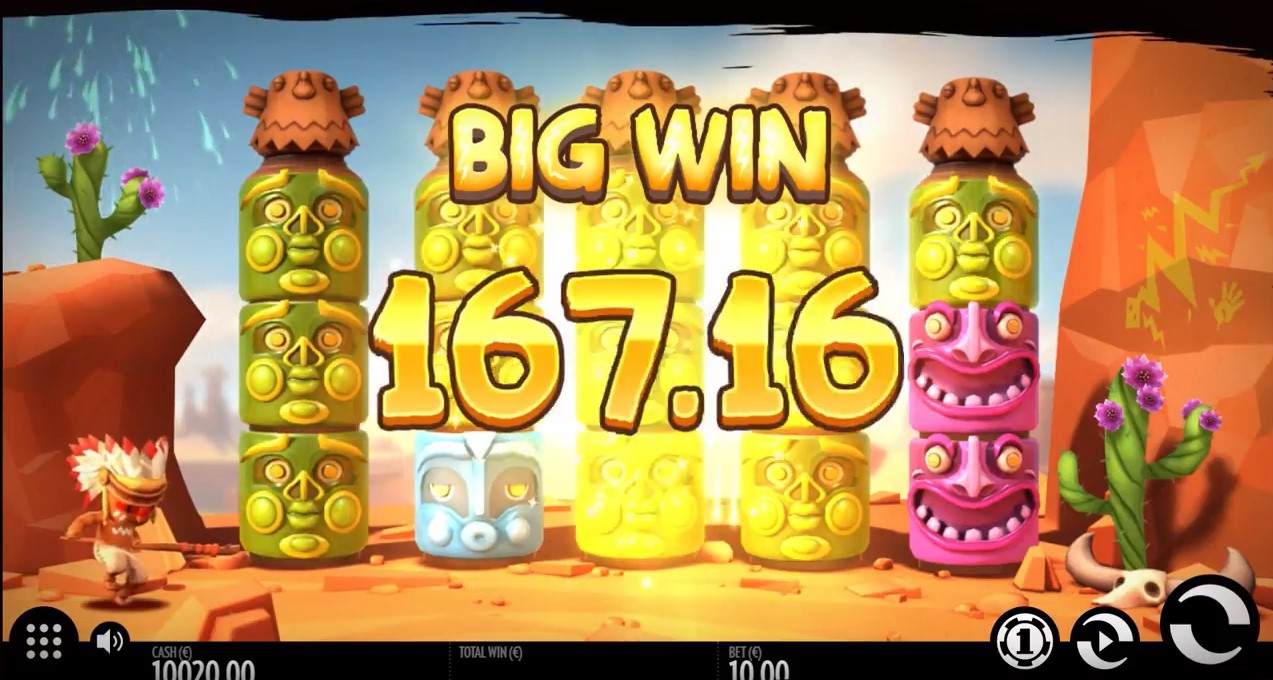 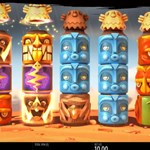 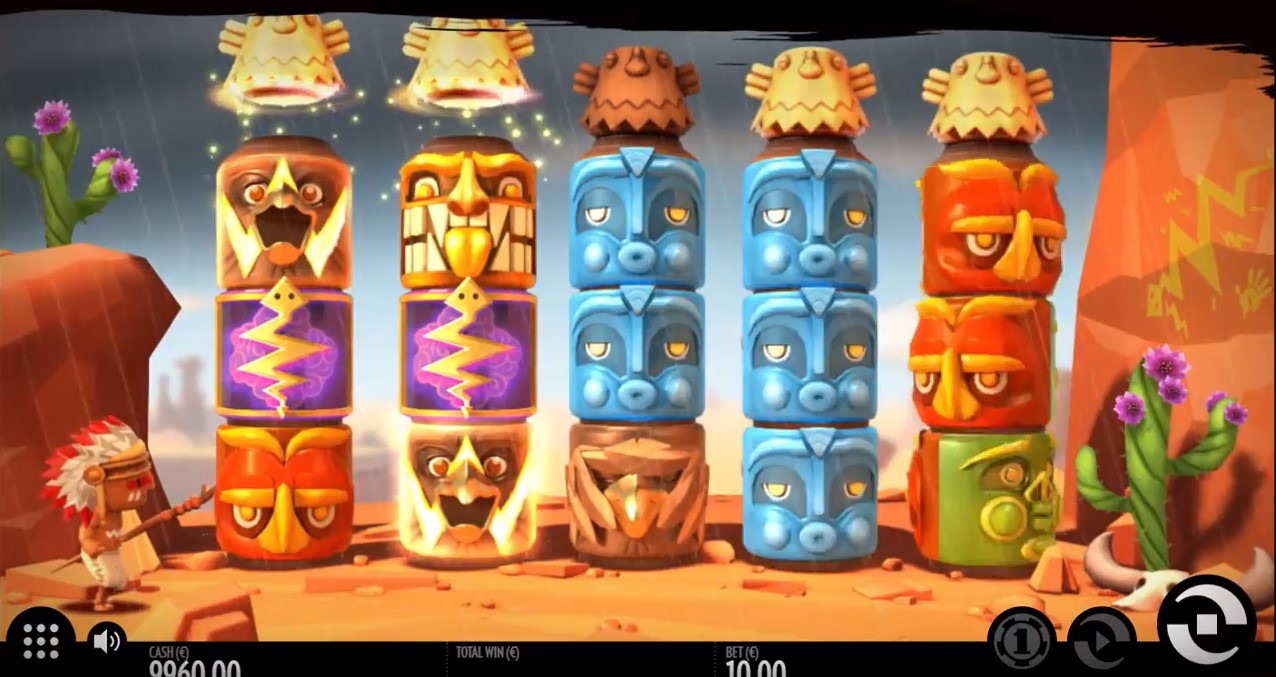 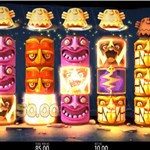 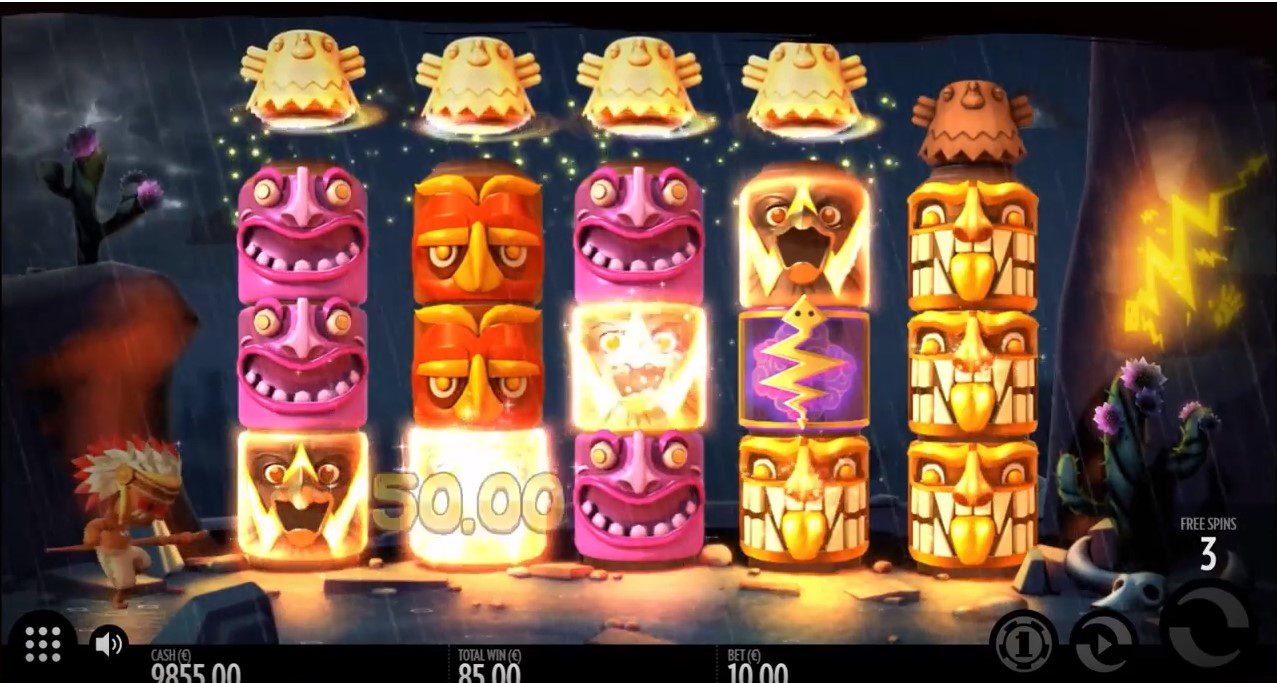 Enter the deserts of North America

Why You Should Play Turning Totems

Turning Totems is an attractively animated game from Thunderkick which takes place in a desert. There is the odd cactus dotted around, imposing rocks in the background and an animal’s skull on the floor, while a Lego-like Native American with a war bonnet and a wooden club takes pride of place in the foreground. He will also perform an exuberant stamp-footed dance when you achieve big wins. Rather than traditional reels, there are five totem poles split into three different segments and they rotate when you press spin. There is a pleasantly soothing soundtrack and the game is a delight to play, with bets available from just 10p per spin and a couple of very enjoyable bonus rounds.

You won’t be confronted by many buttons on Turning Totems. You can adjust your stake by tapping on either the Bet tab or the chip icon. The large Spin button gets the game started, or you can hit the smaller Auto Play button to keep going without interruptions.

The Wild symbol is a sleeping totem, which substitutes for other symbols to help form winning combinations.

When a Thunder Snake symbol – a golden snake-like zig-zag in a purple square – appears, it will turn that totem into a Thunder Reel. The creature at the top of the totem will turn gold and rise up, while any sleeping Wilds on the same totem will wake up and reward you with a free respin.

If three or more Thunder Reels are active at the same time, you receive five free spins and some much-needed rain arrives to fertilise the dry land. The Thunder Reels remain active throughout the round.